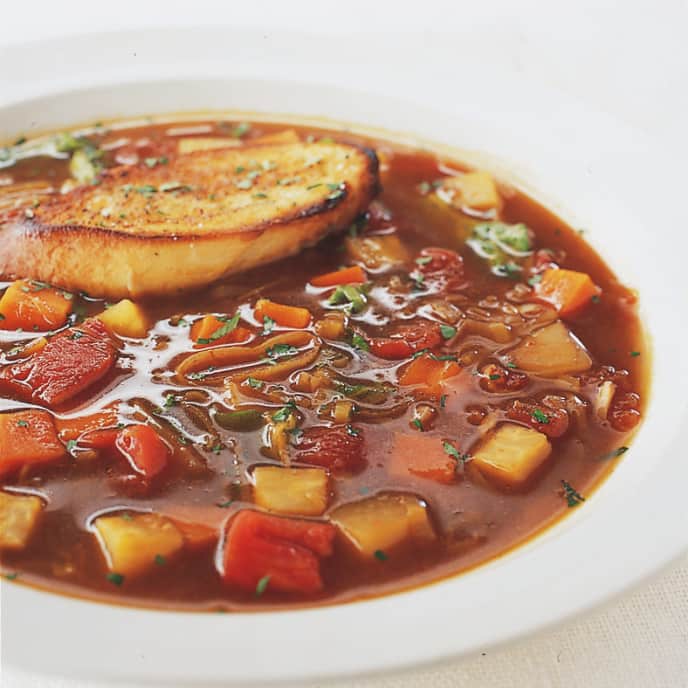 When you’re eating light, nothing satisfies like a hearty bowl of soup. Soups are an ideal way to get your daily veggies, and if you choose your recipe carefully, they’re quite often low in fat and calories. The trick is knowing what to look for in a soup recipe – and what to avoid.

If your soup recipe features more than two cups of vegetables, you’re off to a good start. Vegetables tend to be high in fiber and fat-free, and are good sources of a variety of vitamins and minerals. More vegetables are rarely a bad thing, so in most instances, you can feel free to add more of any veggies called for in a recipe. This will result in a heartier, healthier soup, without adding many calories.

Clear soups are generally going to be lower in calories and fat than cream soups, but clear soups do tend to be rather high in sodium. To avoid this, look for reduced-sodium chicken, beef, and vegetable stocks, bouillon cubes, and consommes. Cream soups can still be part of a healthy diet, but you need to make smart substitutions when you can. If a recipe calls for light cream, use a mixture of skim milk and fat-free sour cream instead. You’ll find that the end result is just as tasty and satisfying, and you’ll save an enormous amount of calories. 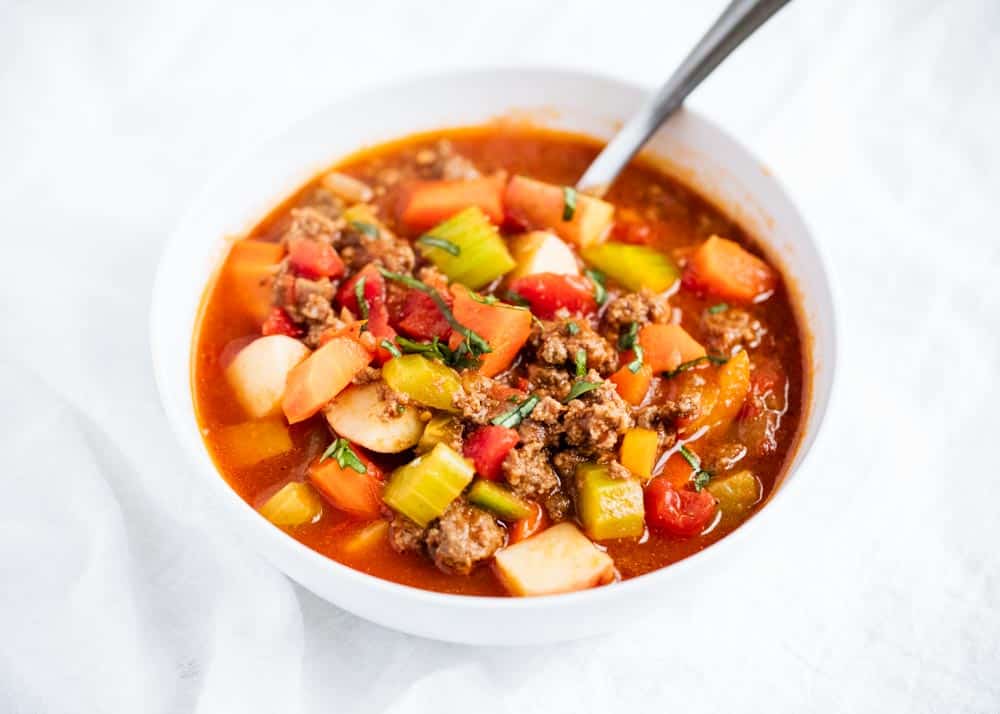 Here’s a healthy, easy, delicious soup recipe to get you started. It’s adapted from a traditional soup recipe which was far higher in fat and calories but tastes even better when made light.

Heat the oil in a large saucepan. Add the drained veggies and seasonings, and simmer over low heat for about 10 minutes. Add the consomme and cook for about 10 minutes longer. Stir in the milk and sour cream, and bring the soup just to a boil. Remove from heat and serve.